Our last full day today would be spent in France, our Channel tunnel booking is very early Sunday morning so we need to get close to Calais but not close for our Saturday night out. Recent immigrant stories have put us off over nighting in Calais itself.
The campsite in Antwerp had told us where to park in a designated area as they had a USA car show organised for Saturday. They had posters, signs and lanes all marked out ready. We didn’t leave site till gone 10am and at that point there was only a handful of show cars and no visitors, we felt sorry for them.
While we drained and serviced we watched a young German couple in a campervan pull out of the site hitting the reception roof as they went. As part of the old roof went flying and everyone around stared they stopped to check for damage on their van and then drove off while the campsite volunteers picked up pieces of their roof which, to be fair, looked like it had been hit several times before.
We decided to return to Boulogne a stopover we’ve previously used as a safe overnight only 20mins from Calais. This stop over is literally a car park with no facilities but for one night this would be fine and luckily now cooler we did not need air conditioning.
Before parking up for the night we decided to do one last stock up of French essentials from a supermarket which consisted mostly of wine and ham. It was also necessary to buy Lucy new shorts, due to no laundry for a week now the girl, who normally refuses to wear shorts, had run out.

All stocked up we drove into Boulogne and as we navigated the narrow streets Lucy spotted a large funfair in the town, that was her plan for the evening sorted.
As the sun came out during the afternoon we took a stroll along the beach and enjoyed a drink in a beach bar, Rory spent the whole time looking and panting at the sea desperate to swim but unfortunately it was a no dog beach so he just had to look.  There was a huge aquarium there, which we didn’t go in, but you could glimpse the seals through the outside windows. 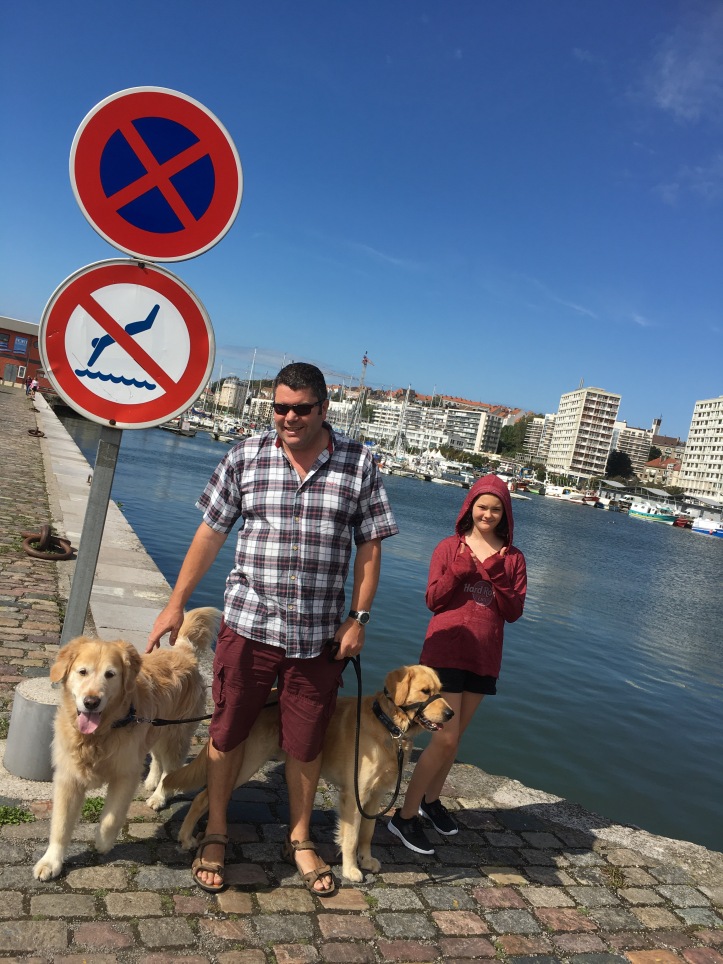 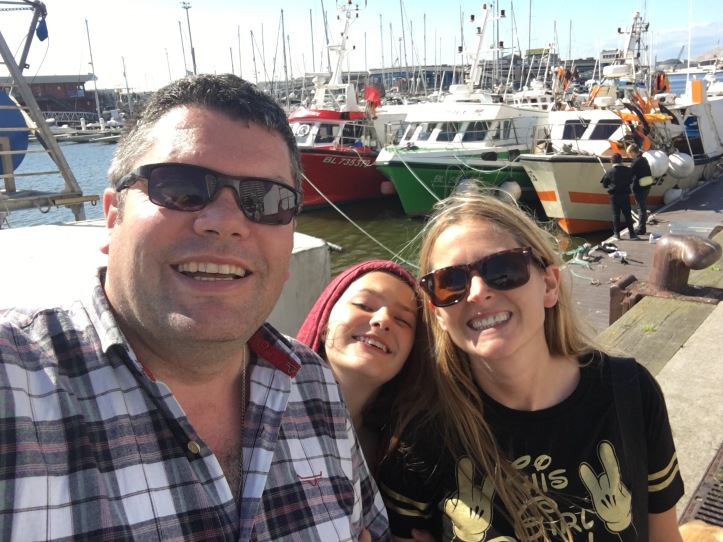 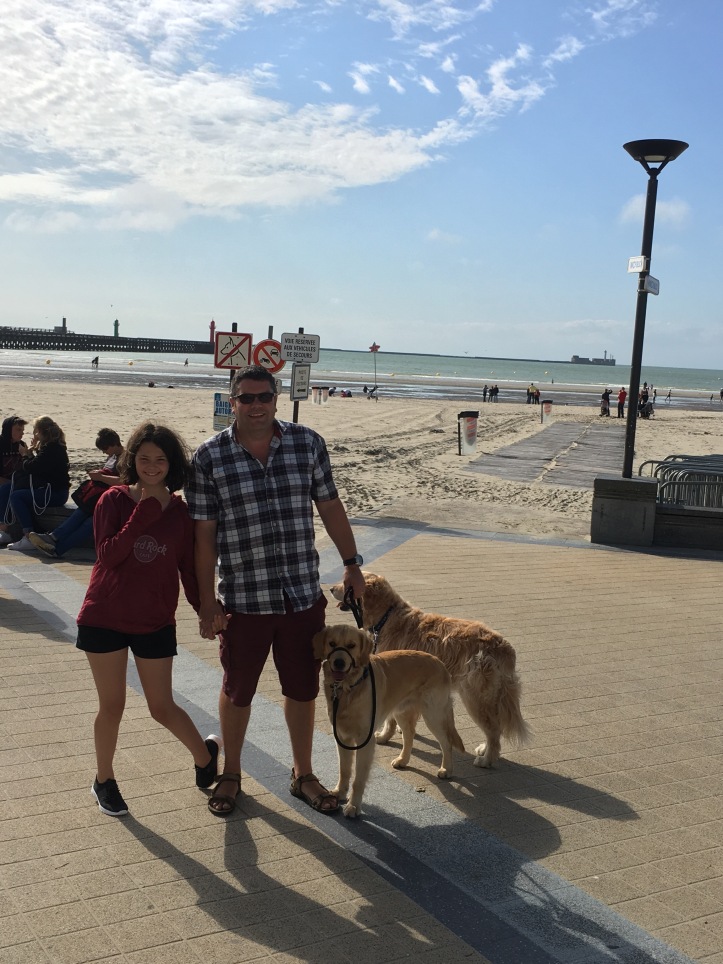 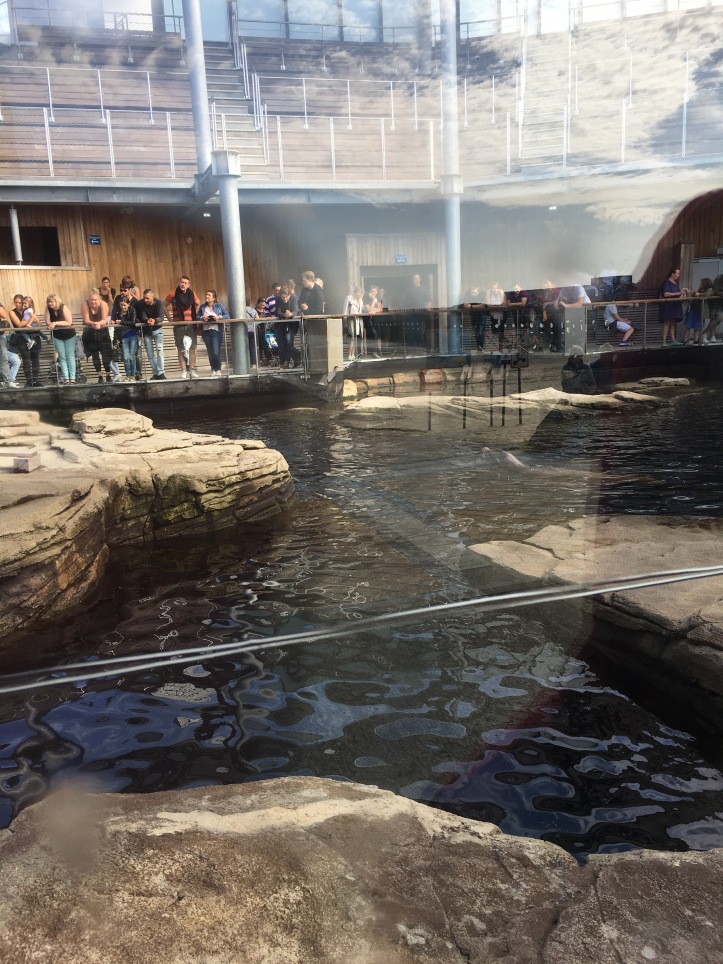 Once the dogs were settled back the the van we hit the town for our final night out. We decided to have dinner before going on the funfair and there were plenty of restaurants to pick from. 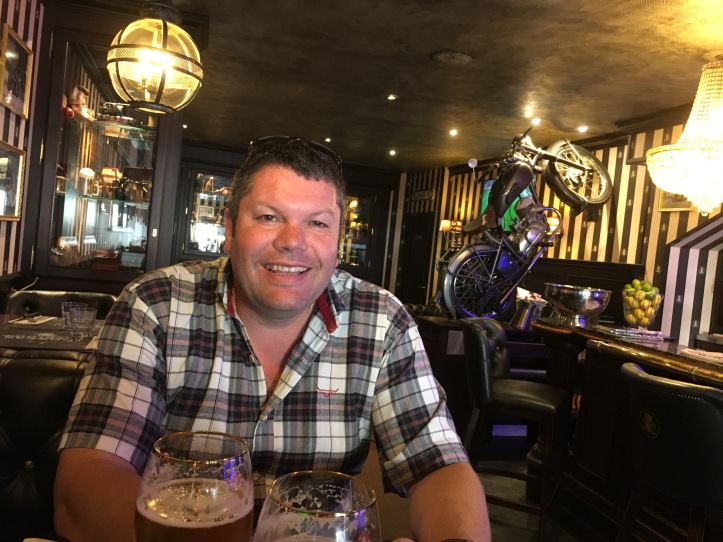 The funfair was at the top of town up a steep hill, up we went. Neil chose to keep his feet on the floor again so it was me who Lucy dragged on the rides, it was good fun but perhaps we shouldn’t have had dinner first! After the rides we emptied my coin purse by playing on the grabber machines we were unlucky and did not win anything, we actually we didn’t see one person win any prizes but my bag was lighter. 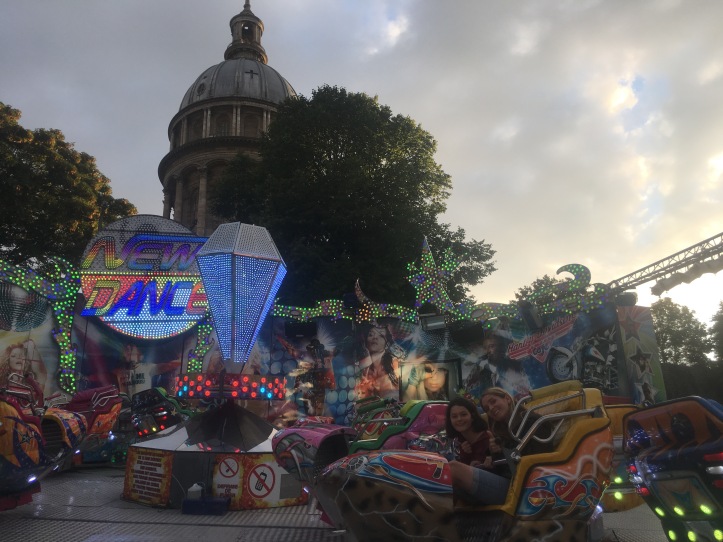 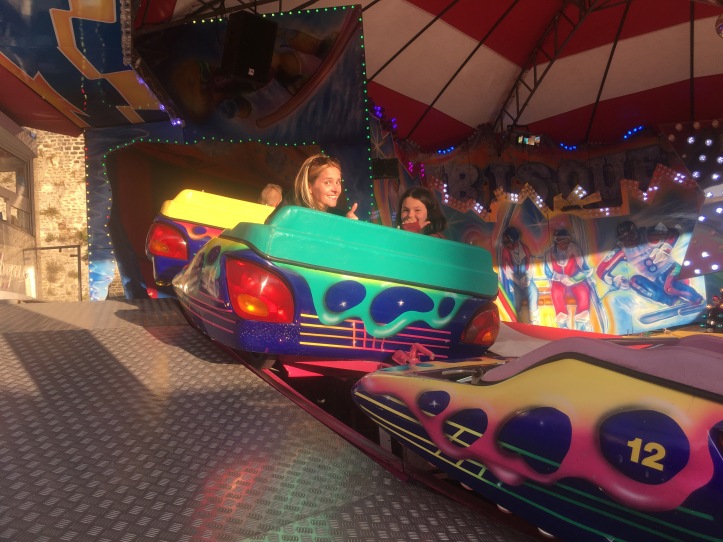 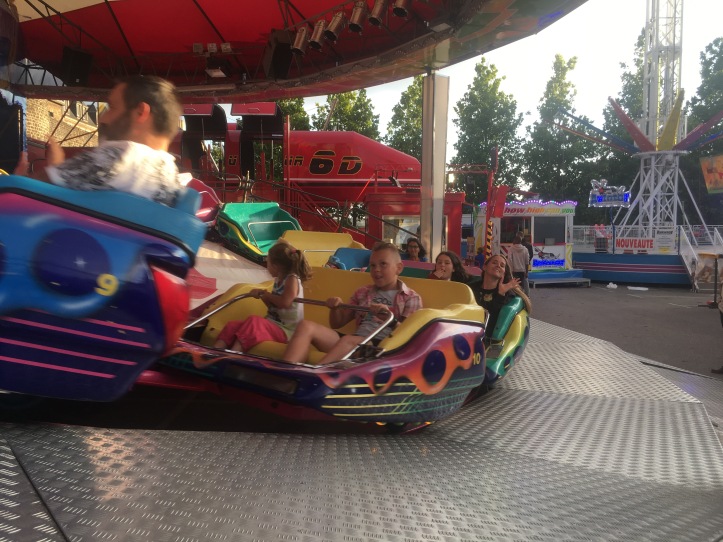 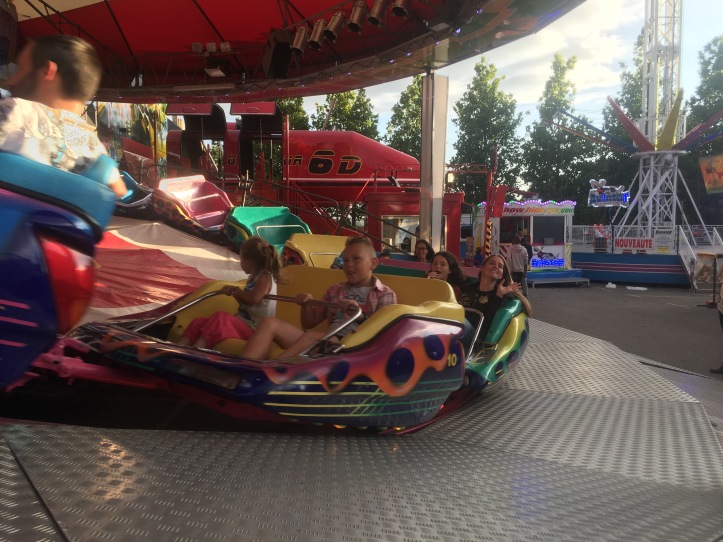 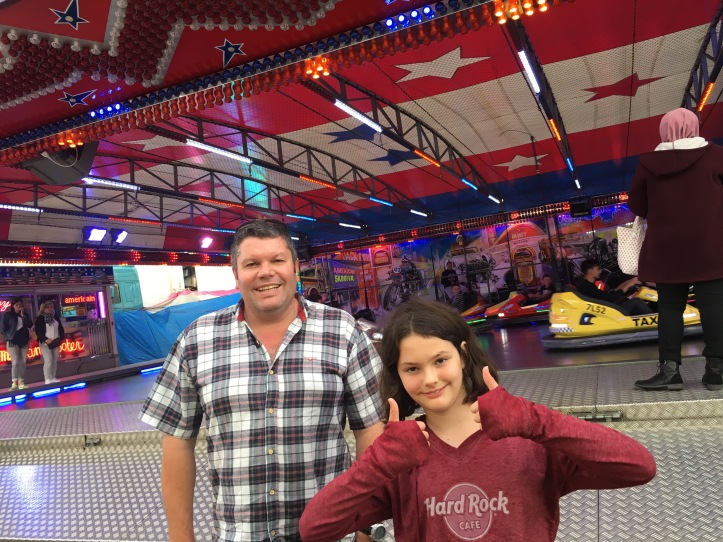 We returned to the van and set alarms for a 4:30am get up, this was the only crossing we could get so an early start it would be.

13 August 2017
It felt like we’d literally just got into bed when our 4:30am alarm went off, we climbed from our beds into clothing then into driving positions for the quick 20min drive to the tunnel.
As we opened our blinds and started our engine we noticed faces appear in a Belgium car that had parked next to us, they must have had an uncomfortable night sleeping in a car, we have no idea why they were there.
We made the tunnel fine and after a big queue in the dog passport office we went straight through to board the train, homeward bound. The end of another great trip.