Göttingen, Germany to Landgraaf, The Netherlands

10 August 2017
As the rain began we left Gottingen and headed towards Holland, we hadn’t planned to go to Holland on this trip and it is another country not on my tour TShirt but that’s where the rain looked less and it is on route, perhaps I’ll get my TShirt reprinted. 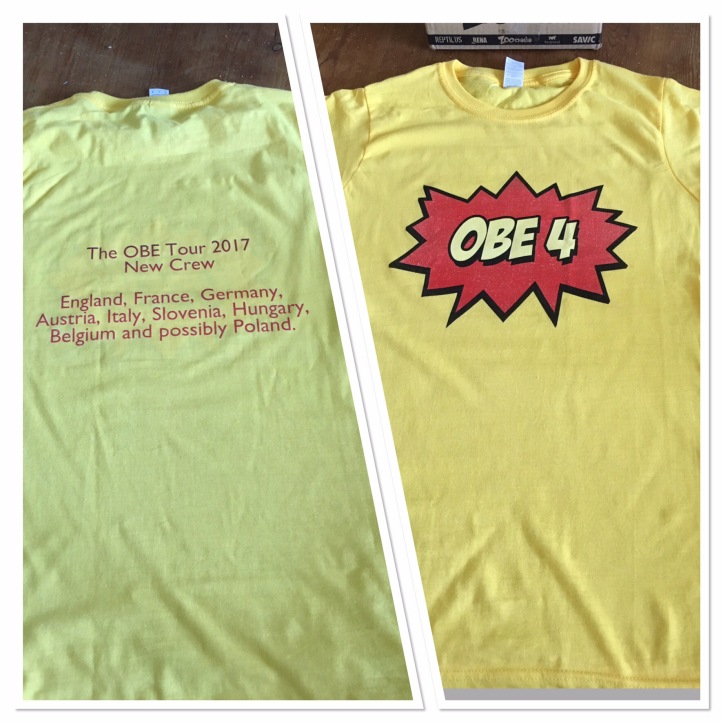 We were now definitely into vet days, the 5 days before travel when a vet has to sign the dog’s passports so we set about looking for one. Neil had done a bit of looking on the internet and we navigated to the first on the list which was in a very built up area of Gottingen, we didn’t actually see the vets but parking was impossible. We drove onto the second on the list, this we think turned out to be a vets house, there were no signs and no evidence it was a vets again we drove on. Having given up, our route out and away from Gottingen took us back via the first vets, this time Neil spotted the sign and a very lucky parking space a short walk down a steep hill, safely parked up Neil ventured in. The vets was not only open, it was empty and the dog’s passports were stamped in no time and best of all done for free. Previous vets in Germany have cost up to €70, this saved money would be spent wisely, hopefully on cocktails.
Rain was on and off during our drive and we crossed into Holland in the rain and arrived in our aire in a quite area near Heerlen to a downpour. A very tall Dutch man happened to be at the barrier on our arrival and greeted us enthusiastically, he explained the payment machine was broken so he would let us in and we could pay later, he also kindly told us the electricity was free today as it also had problems, it really was our lucky day. 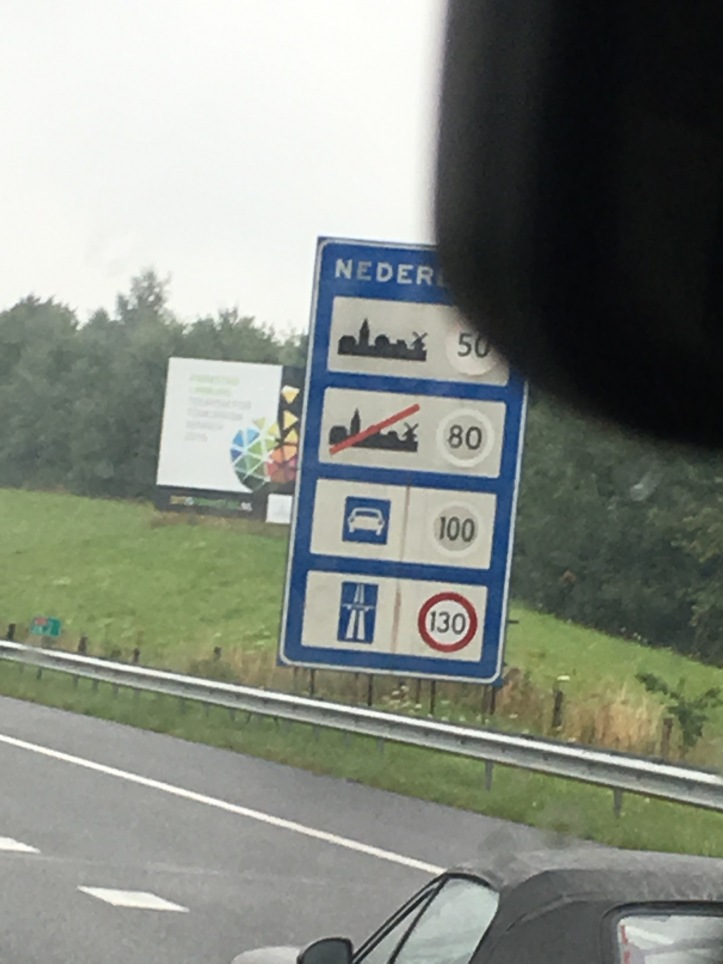 Plugged in and dogs settled with the air conditioning dehumidifying them from their wet dog walk we set off in the drizzle to take a look around.
Our aire was nestled between Snow World and a Zoo, we didn’t fancy walking round the zoo in the rain so we opted to check out Snow World. We had no idea what to expect and were amazed. Snow World was a large hotel resort complete with the world’s largest indoor ski slope, it also had loads of bars which was handy and plenty to entertain everyone including bowling, arcades and climbing.

Unfortunately the outside climbing and toboggan was closed and with the slope at -6degrees we were not appropriately dressed in our shorts and Tshirts for a ski. We enjoyed watching the skiers while we stayed warm in the bar, some of them were really quite impressive. 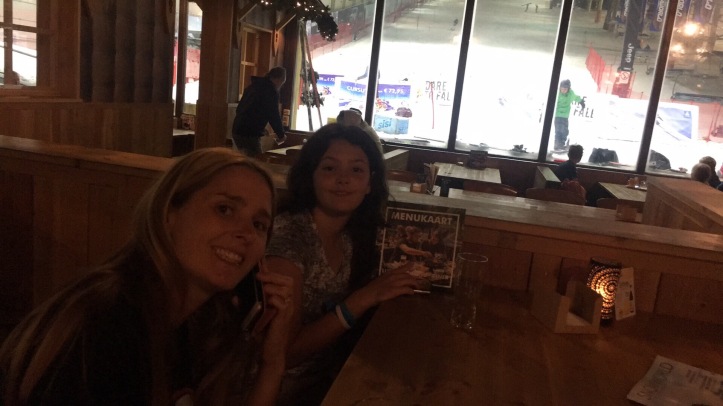 As we’d saved money on the vets we decided another meal out wouldn’t hurt so we headed to the nearby village and only other bar we had seen the the area. As we walked in it did not look good, the only people inside were huddled in an indoor smoking room and as a man opened to the door speak to us he was surrounded in smoke like he was about to appear on stars in their eyes. Luckily he told us they no longer served food and directed us to another restaurant down the road.
Our luck had turned, we did find the restaurant we had been guided to but they had a sign up saying they were on their summer holiday and it was closed till 28th August. Looked like we’d be eating in the van.
Strangely it was actually nice and relaxing spending the evening in the van, I think we all needed the rest and with only one other van in the aire it was a very quiet night.
Overnight Location: Landgraaf, The Netherlands
Overnight Cost: €15
Overnight Coordinates: 50.87192°N 6.02271°E
Live Tracker: https://track.gs/rm6NQf