7th August 2016
Our final full last day needed to be fun so we decided to spend the day in Brugge, having been several times before we knew we’d have fun.
We woke early due to talking outside the van, I peeped out the blind to discover what looked like the whole of The Tour de France, Bradley Wiggins and all his mates all in full Lycra. Not my ideal way to spend your Sunday but they all looked like they were having fun.

For the first time all holiday we had no electric hook up, due to our water heating not working on gas we brushed our teeth and headed to Brugge for showers. The drive to Brugge was uneventful and we arrived before lunch. 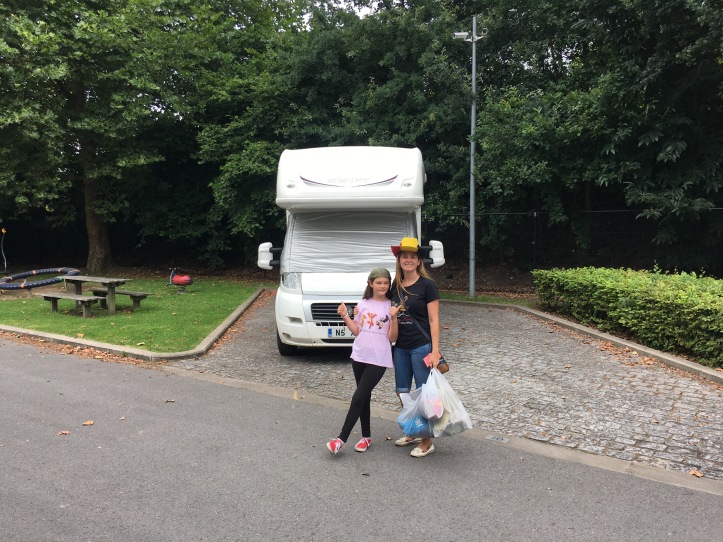 After lunch and showers we popped to some shops to purchase drinks, again we were running low, the heat was still making us thirsty. Luckily we never did turn our fridge off on the Baltic ferry as we were never asked to so we still had plenty of food. In fact it looks like we’ll be taking lots of food home as mostly due to Poland being so cheap we’ve eaten out more than we planned.

After the Carrefour we spent ages in my favourite souvenir shop and having purchased hardly any presents for folk at home I managed to spend more on souvenirs in one shop than I had on the whole rest of the trip. I even purchased myself two souvenir hats and a few Looza glasses. 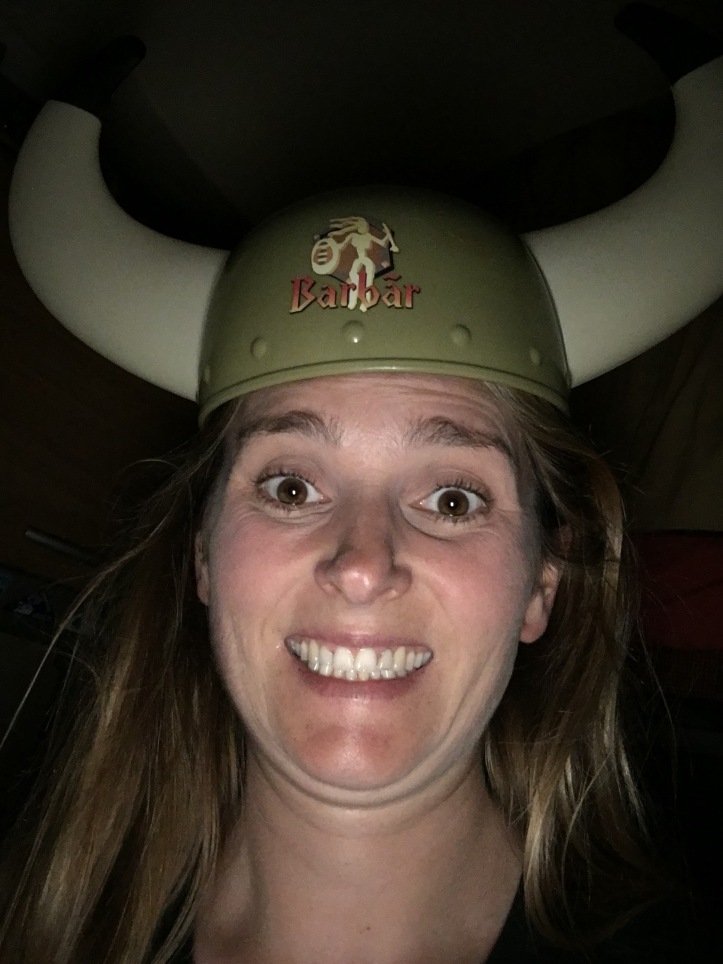 Once we finished shopping a text from The Blachfords advised they had made it to Brugge and would meet us in town. Shortly after they called to say they had discovered a huge market which they knew I would love so suggested met there. The market turned out to be an antique market come car boot sale and it went on for miles. We walked round spotting crazy items from stuffed animals, war memorabilia, skeletons, a whole AMF tenpin bowling set to a real polar bear rug with head still attached. It was the strangest market ever! 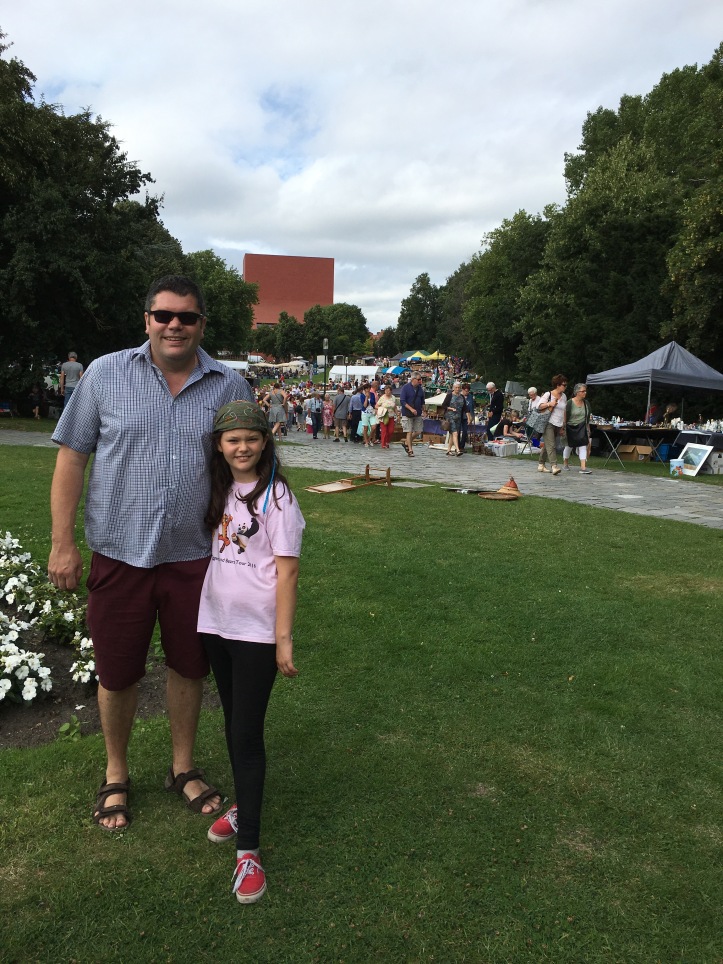 After leaving the market we passed a bar which we had never seen before, a large poster advertised over 100 self serve beer pumps for €10, beer tasting. We immediately decided this was for us so rushed on in. It was obviously too good to be true, 100 beers for €10! Turned out it was €10 for a keeper glass and €5 credit to sample some of the beers. It was still a lot of fun and we actually learnt quite a bit about beers. Vickey quickly realised she only liked the cherry beer so rather than tasting more horrible ones she used all her credit topping her glass up with cherry beer. I persevered on and managed to try most of the beers, thank god it was only a dribble of each. I have no idea how I managed to swallow the 13% dark ale one, I certainly wouldn’t be ordering this in any of the bars. 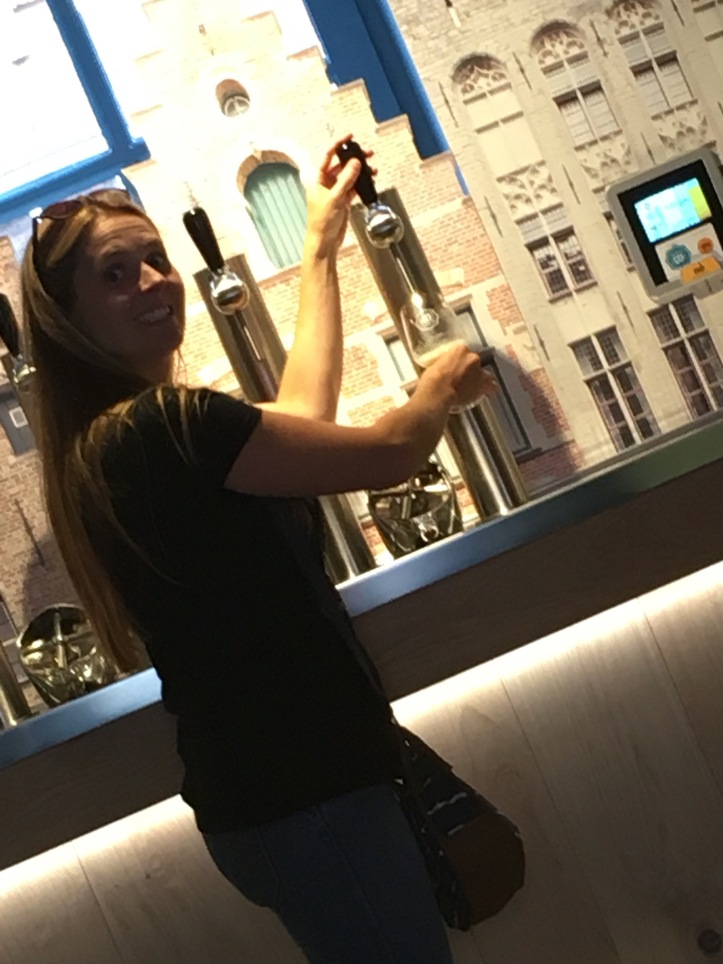 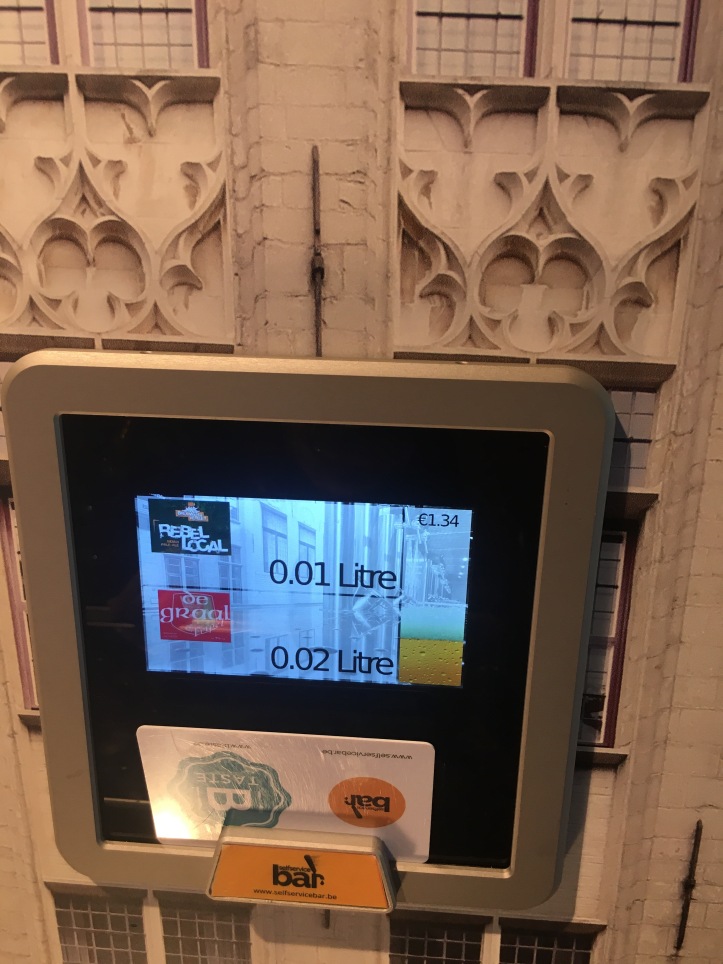 From the beer tasting we popped in and out of shops as we walked towards the beer wall a shop where Michael wanted to buy a beer called ‘The Best Beer in The World’ which is brewed by The Tapestry monks. It can only be purchased in special places, it’s quite expensive and in my opinion it’s vile!

A quick game of pool in The Druids Cellar was essential as Lucy still looks for her Captain Morgan wrist band which she lost there when she hit our friend Amy too many times with it and she threw it into a crowded Halloween party a few years ago. Surprisingly she didn’t find it but she did keep pointing out scary decorations which we had thought were for Halloween when we went before but actually must be up all the time.

Popping back to walk the dogs we discovered our quite full camping area was now neigh on deserted with only us, The Blachfords and a big Concorde, Winnebago type van left. Looked like it would be a quiet night. 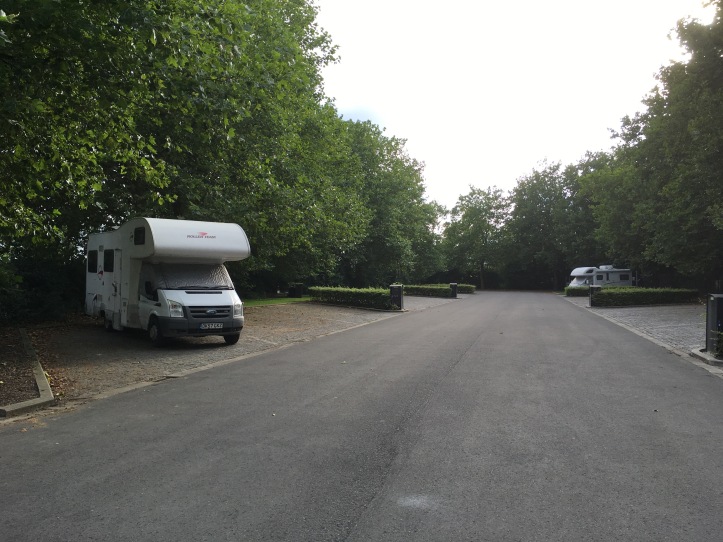 For our final supper of our final tour with The Blachford (as they move to Australia in January) we decided to go back to our favourite Irish restaurant where the food and service did not fail. We had a lovely meal in great atmosphere with the Olympics on in the back ground with all hosts of nationalities cheering.

Once back at the van Neil took the dogs for their walk while I prepped the beds, a sudden banging and commotion saw Dug fly through our closed fly screen, net door, ripping it clear off the wall. As he scampered to the back of the van he knew he was in trouble. This gave Neil something to do working out how to fix it so we could close the door. Luckily he managed a temp fix so we could sleep and drive the following morning.

Follow us on this XXL Motorhome Trip with our Live Tracker

Our next XXL Tour will start onJuly 23rd, 2020
We're off again... Follow us in real time using via our Live Tracker Page