Today was due to be a quiet rest day after Rome but it soon became eventful – I happened to notice that the waste pipe looked different as we went to leave the site, it looked different as the tank had a 6 inch hole and the pipe had ripped out. Out of all the tanks to be damaged the waste was probably the best but Neil’s pride and joy van was hurt and he felt the pain! He set about trying to fix it and enlisted the help of local Italian workmen, lots of head scratching and gaffa tape later we were off with a temporary repair.

We headed for the Adriatic for a bit if seaside fun, it wouldn’t be a holiday without the seaside. The drive was due to be approximately 3 hours but we would need lunch and a supermarket on route. As we drove Neil spotted a snow plough on the other side of the road, it was not long before we entered a full blizzard and the whole surrounding area was a white out, it was like Christmas. Not sure who in the van was most excited but Lucy obviously burst into a chorus from Frozen and we pulled into a car park for a play. Several snowballs and wet cold feet later we huddled round the heater and wished we hadn’t set off in flip-flops.

Lucy put a snow ball for safe keeping into the bathroom sink, would it be there when we got to Giorgo or would it be in the damaged waste tank!

After the excitement of the snow we headed off in search of fuel and food. A huge Burger King sign saw us pull off the road into a large shopping complex, nervously and carefully we searched for a parking space which we luckily found 👍 I think there might have been mutiny if Neil had tried to drive away. Today would prove a success with us enjoying Burger King, filling up with fuel and finding a garage which would allow us to fill our LPG Gaslo.

We found our stop over, a nice grassy campsite right in a marina and set up for the night. Neil ventured into the marina to find a chandlers and returned armed with siklaflex to fix his van. Garf decided to brave the outside beach style showers first and I’m now thinking the rest of us should have listened to him as our screams could be heard throughout Italy – the coldest showers ever! Due to the siklaflex drying we had no choice and I felt completely ripped off as the €1 definately made no difference to the temp of the water and even the light in my shower booth did not work 💦⛄️💦

A quick dinner in the van then saw us head to the beach for a wonder around. Most bars and cafes were closed due to being out of season but we did stumble upon a really posh seafood restaurant which served us very German beer and very good free snacks which we were then charged for. We popped briefly into the campsite bar when we returned to the van, the poor waiter was having a bad night but his grumpy Basil Faulty impression entertained us – he earnt his tip 👍 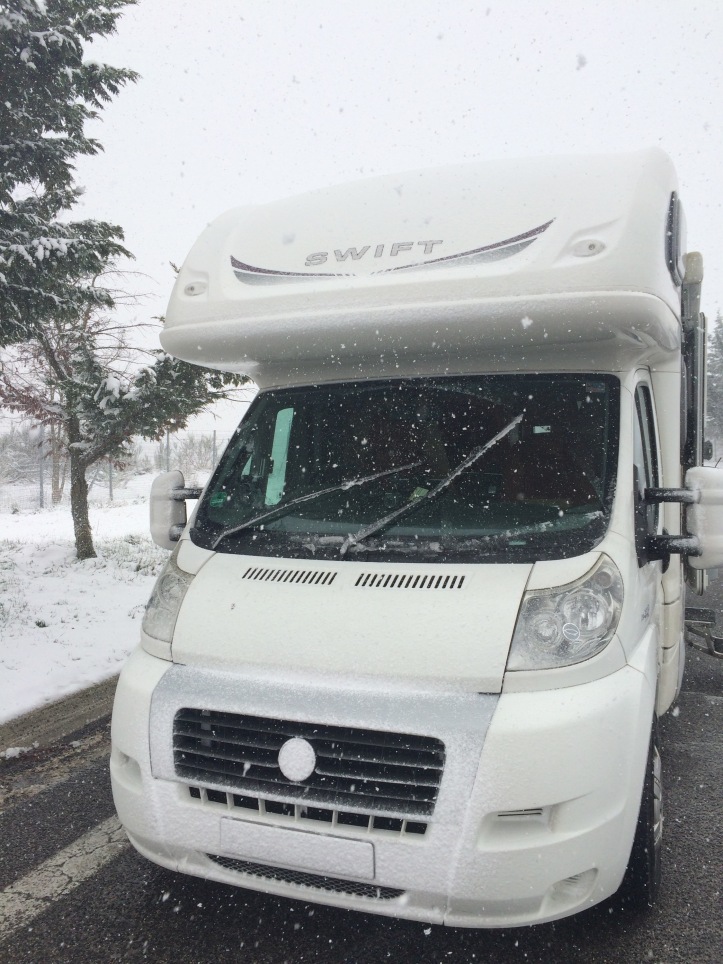 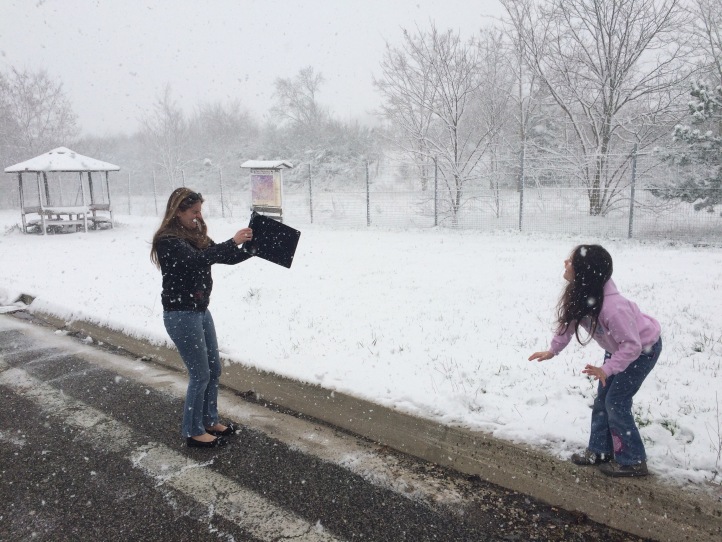 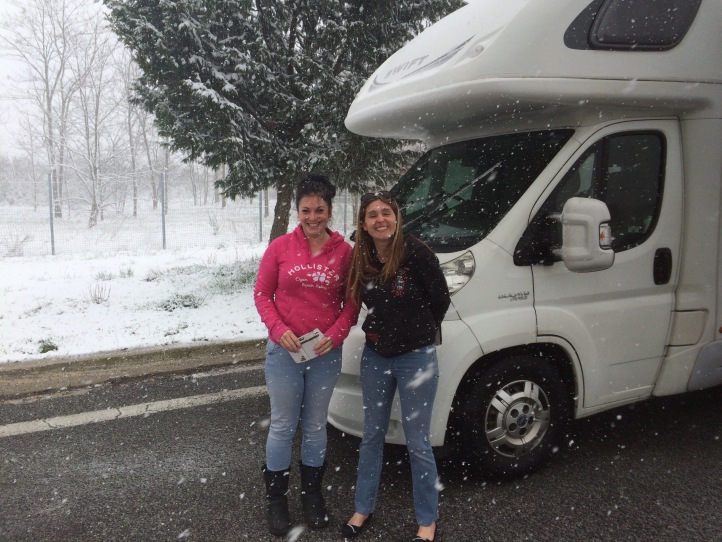 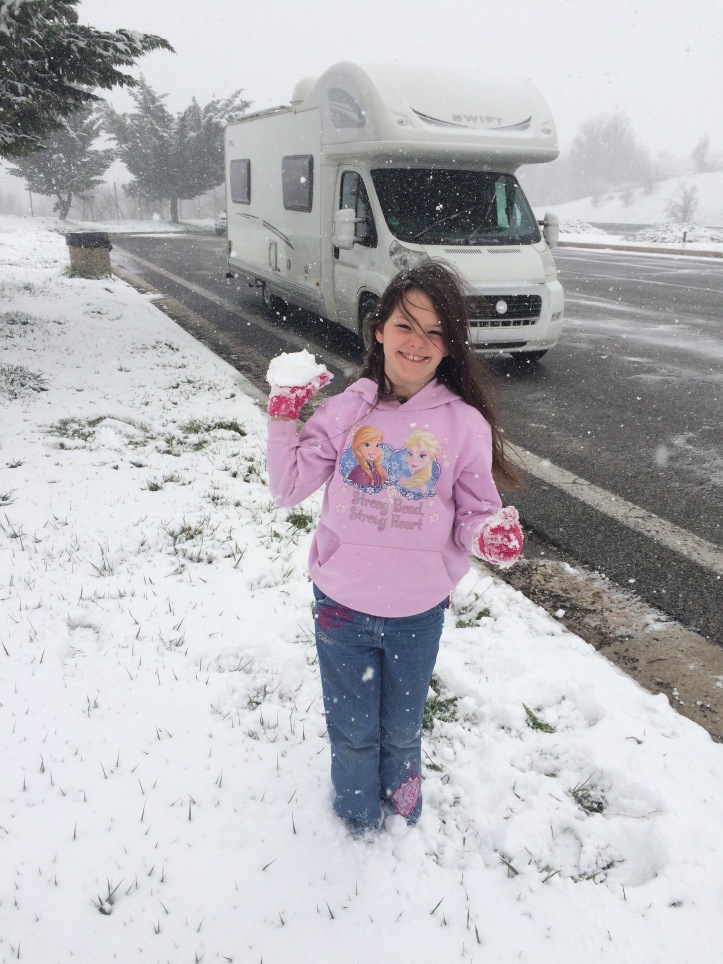 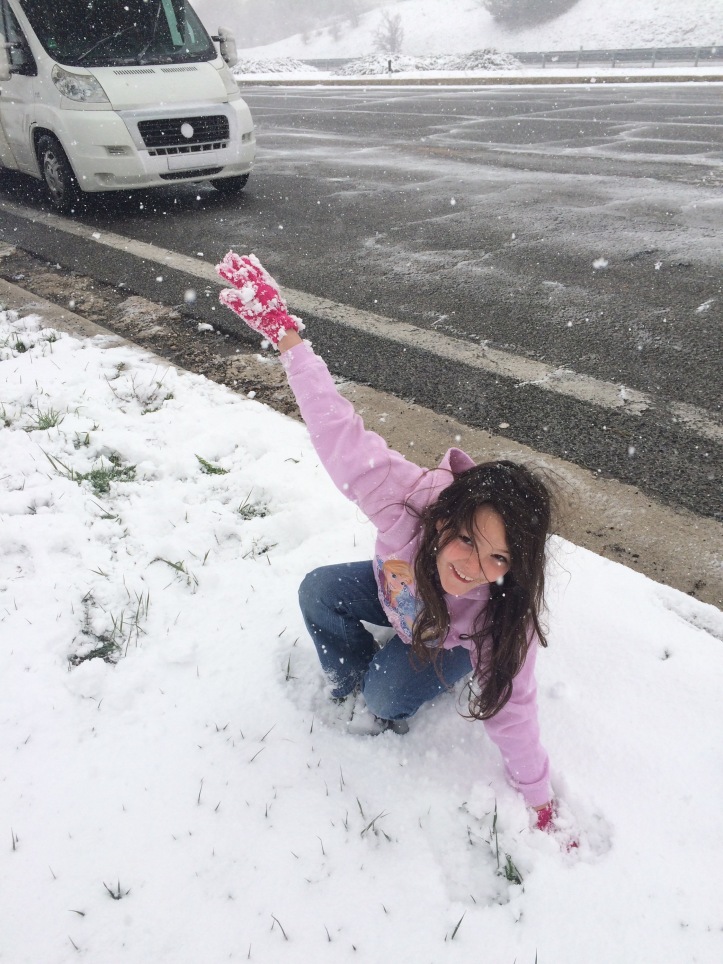 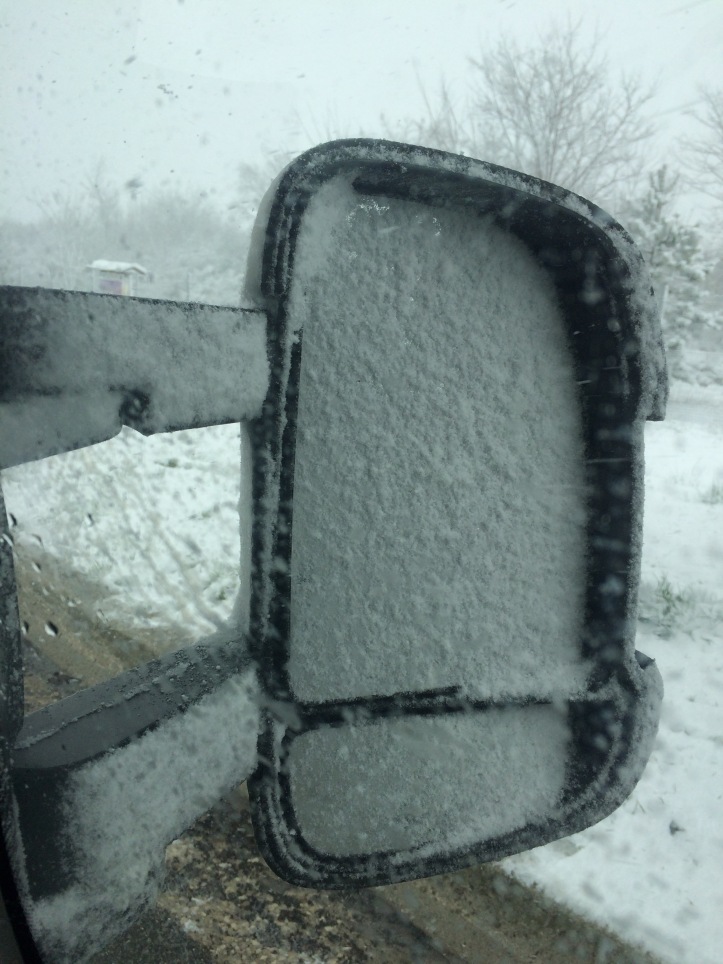 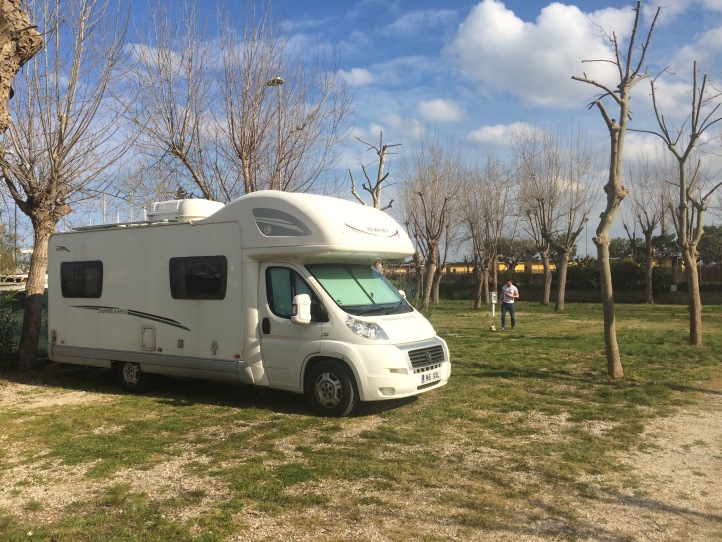 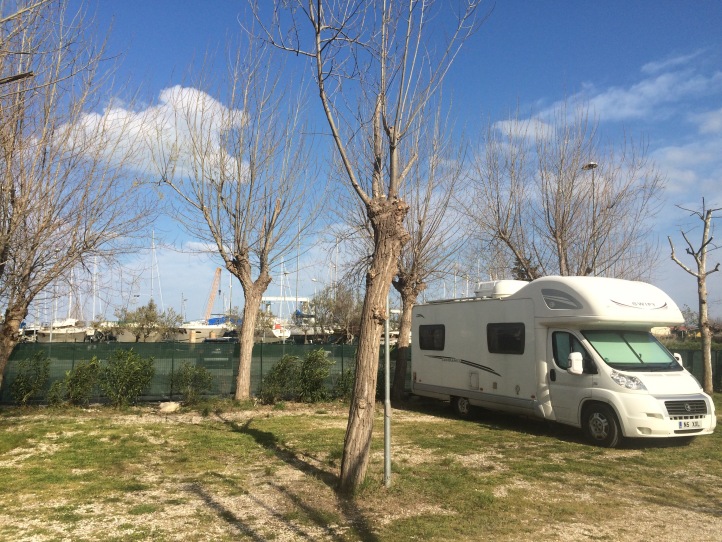 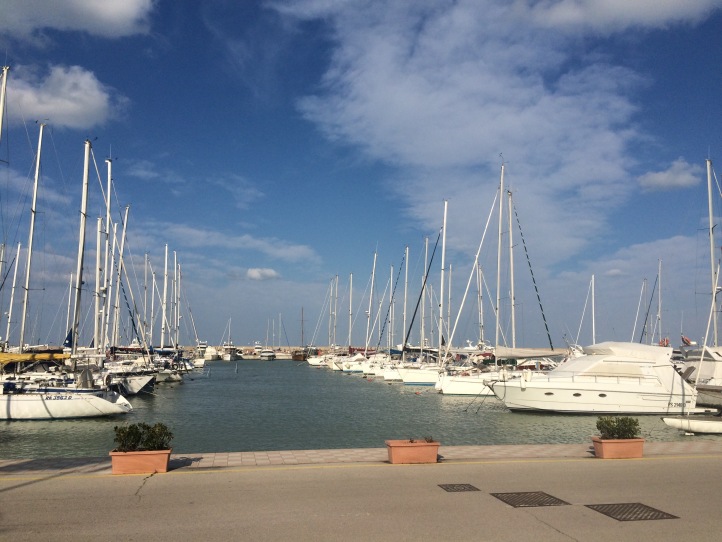 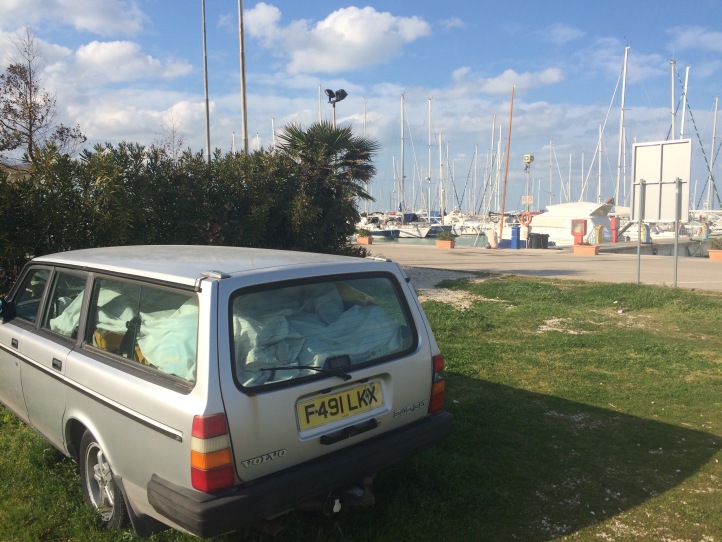 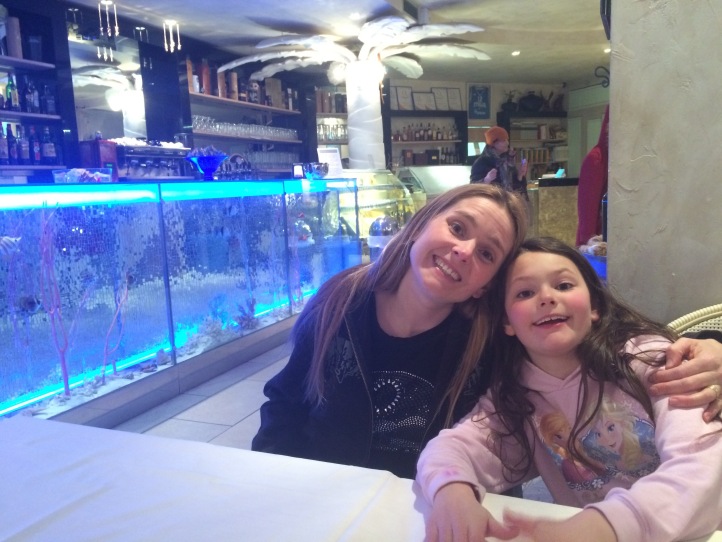 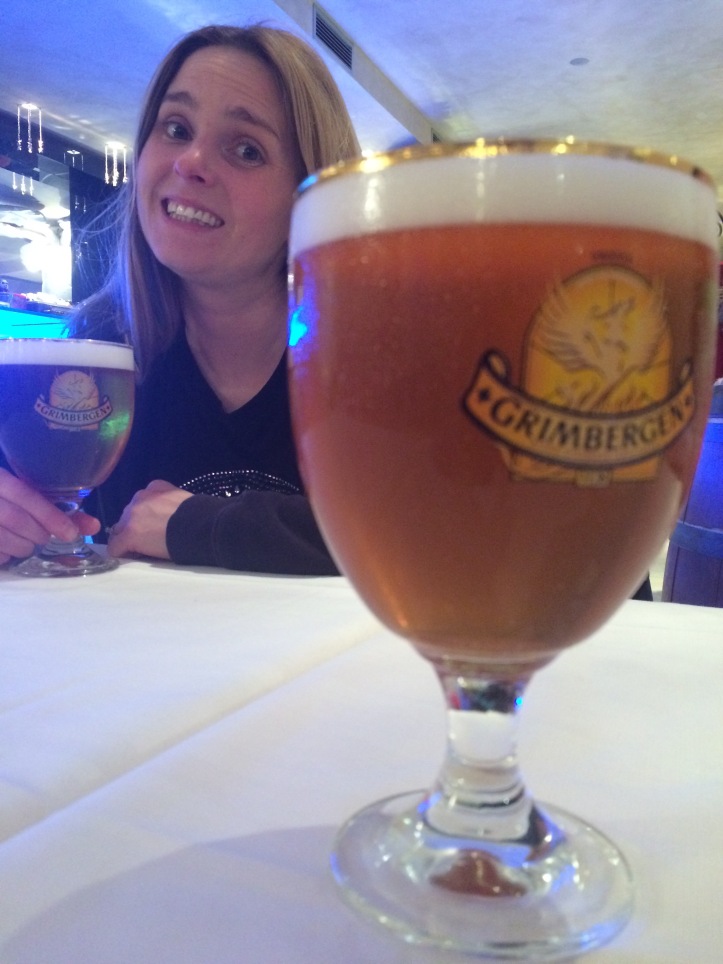 Our next XXL Tour will start onJuly 26th, 2019
We're off again... Follow us in real time using via our Live Tracker Page